WHAT IS THE ENDOCANNABINOID SYSTEM?

It is sometimes recommended for women to take cannabis when experiencing some painful or discomforting conditions such as PMS, endometriosis, dysmenorrhea, and menopause. Surprisingly, if it is such a health-risking drug, why then is it recommended? The simple answer to this question lies in the fact that this chemical substance found in plants contain cannabis, and cannabis is a substance which naturally is produced by the body, specifically by the endocannabinoid system (ECS).

The endocannabinoid system (ECS) is a complex system within the body that naturally produces a compound known as cannabinoids, and this same compound is the same as that found in cannabis (marijuana). Whether or not you take in cannabis, your body produces its endocannabinoids because of the ECS, and the importance of this system can never be overemphasized. You may have heard a lot of claims about the medicinal properties of marijuana (cannabis), but this is not just about legalizing the substance. Indeed cannabis plays a huge role in a person’s general well-being. Science and research have gone far to back up these claims, and the reason for this has to do with the existence of the endocannabinoid system in the human body.

What makes up the endocannabinoid system?

The ECS comprises of three parts, which include:

Functions of the Endocannabinoid system

And these two substances help keep your internal system in a constant state of equilibrium called homeostasis.

To better understand the functions of ECS is to understand homeostasis. Homeostasis is a biochemical process aimed at keeping the internal environment in a constant state of stability. For example, on a hot day, you feel your skin sweating. This sweat is normally cool, and it’s your body’s mechanism to reduce its temperature when the external environment feels too hot. Have you noticed your stomach rumbling when you feel hungry? That is your body’s way to notify you that it requires food to keep it stable; this is regarded as homeostasis. The ECS functions similarly. It tells the body when things are–or aren’t–operating as they should, and kicks in to bring it back to a balance.

Experts have linked the ECS to regulate or be involved with a lot of processes which includes:

Your body activates the ECS to precisely influence that which it is needed for, without affecting another system. For instance, when the digestive system is thrown off balance, ECS releases endocannabinoids to regulate digestion without touching the reproductive system, immune system, or any other system at all. Once the endocannabinoids have done their job, they are broken down by enzymes to prevent them from going too far. It is when the body’s level of endocannabinoid production becomes too low that the intake of cannabis becomes highly recommendable to make up for the deficiency.

The ECS being such an extensive network affects many conditions associated with women, and these also happen to be the most difficult conditions of being a woman. These conditions typically include PMS, menopause, endometriosis, and dysmenorrhea.

The symptoms of Premenstrual Syndrome (PMS) can vary from woman to woman, ranging from a mild inconvenience to an excruciatingly painful experience. As you very well know, these symptoms could be in the form of headaches, fatigue, bloating, back pain, insomnia, etc.

It was also established that endocannabinoid levels in women are heavily tied to estrogen levels. PMS is associated with the period heralding your menstrual flow, and estrogen levels are known to be at their lowest during this time. Due to the deficiency in estrogen during PMS, endocannabinoid like anandamide, which would have regulated your body’s homeostasis to dull the pain, becomes deficient. Here, it becomes recommendable to make up for this deficiency by taking cannabis externally.

Smoking or vaping cannabis plant may be the best way to achieve the quickest pain-dulling response, but the effects are not so long-lasting. For a longer-lasting effect all through PMS,  try taking CBD oil.

Most women attain menopause between the ages of 40 and 50, and during this time, your menstrual cycle stops, putting an end to your reproductive capabilities. This points to the fact that only very little estrogen will be produced, just like during PMS. And just like PMS, there are symptoms associated with menopause, which may include insomnia, discomfort during sex, mood swings, anxiety, and hot flashes.

Since there will be only little estrogen produced during menopause, the amount of endocannabinoid anandamide directed towards that condition would be deficient, and as such, your body cannot easily regain its normal stability and free itself of the pain and discomfort associated with menopause. As a result, the woman may feel the discomforting symptoms of menopause to a great extent. Just like PMS, the severity of the symptoms of menopause also varies from woman to woman.

Very little is known regarding what causes this medical issue despite its high level of occurrence among women in all parts of the world. About 10 in every 100 women have endometriosis, but just as with other disorders discussed above, the severity of the symptoms varies from one woman to another. For some, endometriosis could exist without any painful effects, while for others, the pain could get super excruciating and may even lead to infertility, and dysmenorrhea–a medical term meaning “painful menstruation.” Typically, endometriosis symptoms may include:

Experts have found that endometrial tissue is full of components from the endocannabinoid system, and this medical disorder has been closely linked to endocannabinoid deficiency. A research was conducted and published in the Journal of Pain to show that deficiency in the function of the endocannabinoid system resulted in the proliferation of the uterine lining growth in areas outside the uterus. Although the underlying mechanism for this cause and effect is not known, research is still ongoing to throw more light on the issue.

As with PMS and menopause, the pains and discomfort associated with endometriosis can be treated or numbed by consuming cannabis. A study published in Cannabis and Cannabinoid Research shows long-lasting results when cannabis is used by women who have endometriosis. Although some women opt for estrogen replacement as a treatment for the pain in all these disorders, some experts believe that cannabis is an even better alternative.

Using cannabinoids as a medical treatment for women's health issues

Pain is the number one reason why people resort to using cannabis. All these female related conditions discussed above–Premenstrual syndrome, menopause, endometriosis, and dysmenorrhea–can cause varying degrees of pain, and no woman deserves to go through such pain and discomfort over long periods. When the ECS fails to signal enough endocannabinoids, taking cannabis from marijuana and other products presents the best weapon in fighting through these tough times. If you are experiencing pains as a result of these medical disorders as a woman, then you shouldn’t hesitate to help yourself with a little dose of cannabis. The secret is to start slow with little doses and work your way up until you achieve your desired result.

This article was written by an independent and third-party author specialising in CBD, hemp and cannabis research. Any opinion, advice or recommendation expressed in the article does not reflect the opinion of Kana Biosciences LLC. or any of our employees.

All information on this site is provided for informational purposes only and is not to be construed as medical advice or instruction nor meant to substitute for the advice provided by your own physician or other medical professional. Our products are not intended to diagnose, treat, cure or prevent any disease. We do not make any health claims about our products and recommend consulting with a qualified medical doctor or physician prior to consuming our products or preparing a treatment plan for any and all diseases or ailments. It is especially important for those who are pregnant, nursing, chronically ill, elderly or under the age of 18 years of age to discuss the use of these products with a physician prior to consuming.

GET OUR WEEKLY DIGEST

. . . Good things happen to the one who subscribed .

AN EXPERIENCE UNLIKE ANY OTHER. SHOP KANA WONDERS. 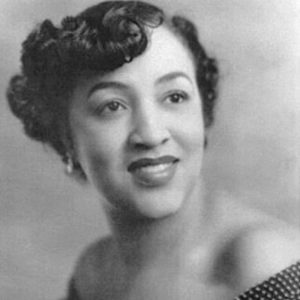 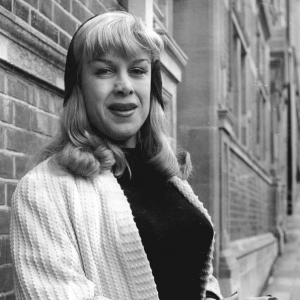 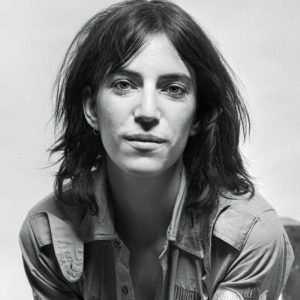 Subscribe to our emails (they’re super fun, promise) and get 10% off your first online order

We would like to send you 10% off & free shipping for your first order. Sounds good?